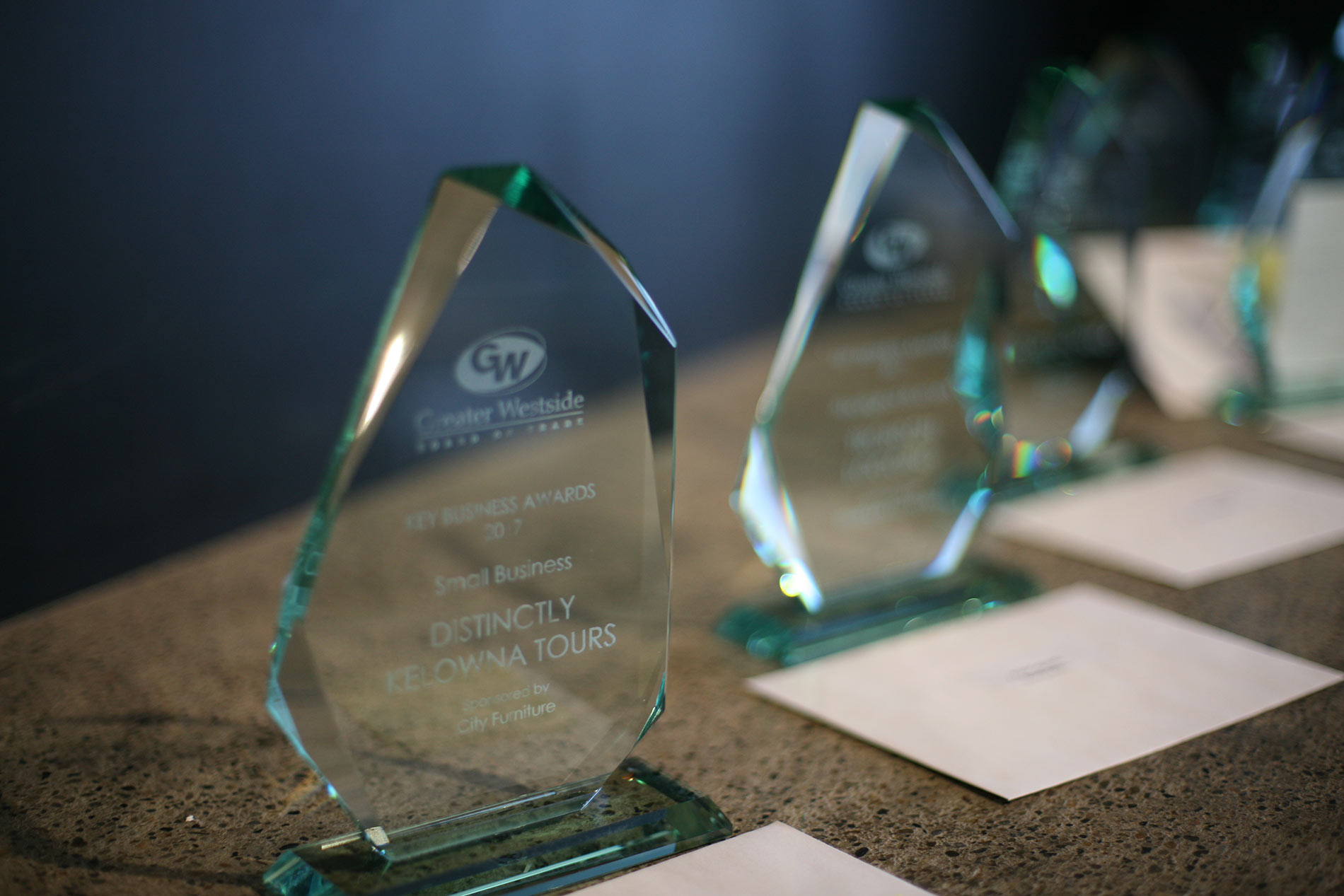 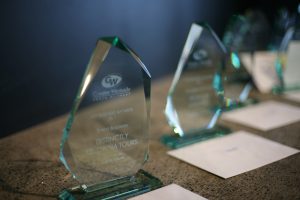 “Despite the weather, we had another sold out attendance. On behalf of the Board of Directors, I wish to extend a heartfelt thank you to Title Sponsor, 3BP Solutions, Event Sponsor Valley First, our corporate sponsors and judges,” said Chair Bobby Gidda.

This year’s recipient of the Geoffrey Paynter Citizen of The Year was West Kelowna Warriors owner Mark Cheyne. Presenting the award to Mr. Cheyne was Mrs. Marci Paynter. “There are so many amazing people that contribute to the local Westside community choosing this recipient was a difficult process but also very rewarding to see Mark get recognized publicly in this way. He employs Westside people, he believes in fundraising for numerous local charities during game nights and he believes in educating young men with more than 100 players receiving university scholarships over the years,” added Gidda.

The Awards Finalist Reception, sponsored by Coast Capital Savings, was held at Volcanic Hills Winery last week with over 30 businesses recognized for the business excellence in service and community involvement on the Westside. Gorman Bros. Lumber sponsored the live entertainment duo, LeMoNay – Julie Masi formerly from Parachute Club and award-winning keyboardist Steve Soucy for both events.

SUSTAINABLE GREEN BUSINESS sponsored by FORTIS BC: Off The Grid Organic Winery

BUSINESS OF THE YEAR sponsored by KELOWNA INTERNATIONAL AIRPORT: Off The Grid Organic Winery