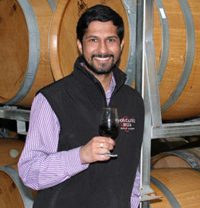 Posted at 13:31h in Business, News by Heather
0 Likes
Share

Bobby Gidda, president of Volcanic Hills Winery, is the new chairman of the Greater Westside Board of Trade.

Last year, Gidda was a director and co-chair.

However, at Thursday’s board of trade annual general meeting at the Holiday Inn West Kelowna, Gidda was elected the sole chair.

“We will continue to build better member connections to encourage members to go to other members first when they are looking for products or services,” said Gidda.

“We also want to communicate the value of being a member of the board of trade.”

“We want to be the go-to resource for Westside businesses so they can connect with the right people and make their businesses better in more ways than just improving their bottom line,” he said.